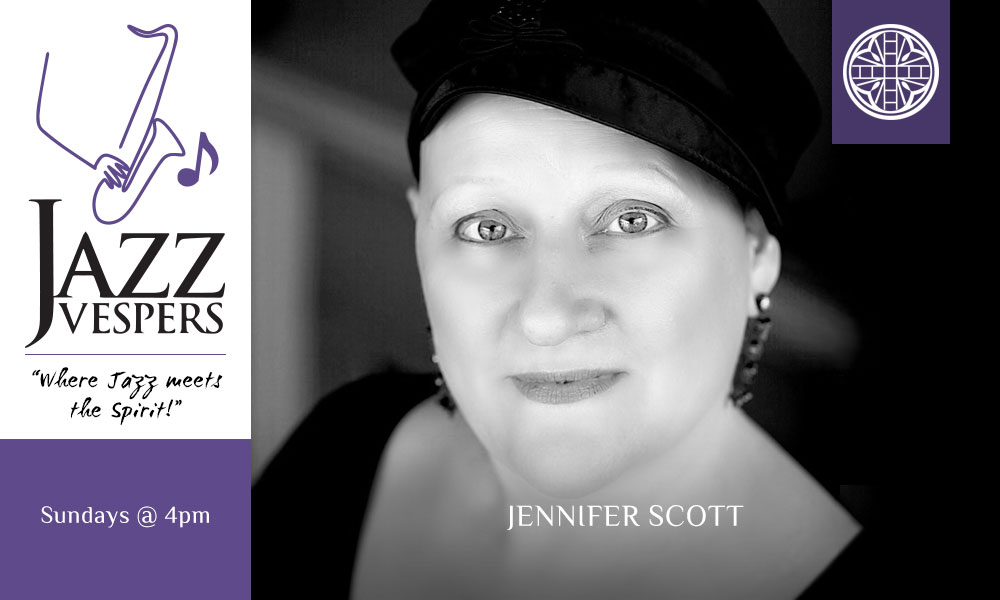 Jennifer Scott is a Vancouver-born vocalist and jazz pianist specializing in jazz, blues and world music. Jennifer is considered one of the most important jazz artists working in Canada and the United States today. From sold-out concerts in San Francisco to exclusive local club performances, Jennifer’s performance experiences have been varied. Jennifer has appeared at Jazz Festivals all across Canada and in several of the United States. She has also appeared with such jazz luminaries as: Tommy Banks, Don Thompson, Kenny Wheeler, Skywalk, and Hugh Fraser, to name a few.

Jennifer Scott has appeared on Jazzbeat, Westcoast Performance, and CBC’s Hot Air several times, and was selected to be featured on four separate CDs produced by the CBC. She has also appeared on several TV shows as a featured performer.

Interactive, Jennifer Scott’s self-produced CD, was critically received and has sold more than 1500 copies independently. Jennifer had two subsequent releases: Something to Live By, featuring Jennifer on Vocals, Bob Murphy on Piano, and Rene Worst on bass; and Live at Monk’s featuring Jennifer’s vocals and her debut as a recorded jazz pianist. Rene Worst is, again, featured on bass; and multi-reedist Tom Keenlyside is also featured.

Jennifer is pianist/vocalist for San Francisco-based Novo Tempo, a Brazilian/jazz Fusion group featuring the music of Ed Johnson. She has recorded 2 CDs and toured extensively with this group, including dates at Dizzy’s in San Diego and Catalina’s in Los Angeles. She was featured with jazz legend Clark Terry, performing with him at the Centre for Performing Arts in Vancouver.

After a few years of performing and traveling, Jennifer returned to the studio to record her fourth CD, Emotional Girl. Produced by her husband, Rene Worst, this CD showcases Jennifer’s expanded emotional, performing, and creative ranges.

Jennifer and Rene then teamed up with S.F. Bay Area saxophonist Kristen Strom, guitarist Scott Sorkin, and drummer Jason Lewis to form Crossing Borders, a new international jazz group that performs and records music from the heart, whether an artful reworking of a standard or a new take on a classic pop tune.

More recent studio work has seen her align her vocal talents with the piano brilliance of Miles Black in the CD release Storybook.

Jennifer Scott has also been involved in many New Music and Theatre productions. Jennifer was nominated for a Jessie Award for her performance in The War of the Worlds (Rumble Productions) by Alex Ferguson and Peter Hannan, and was critically acclaimed for her performance in The Gang (Vancouver and Toronto) by Tom Cone and Peter Hannan. Jennifer is a featured performer at the 2004 Glenn Gould Studio Concert Concert Series in Toronto (televised by CBC).

Jennifer Scott is in demand as an educator and clinician both in the United States and Canada, and has taught and created many workshops and college courses.