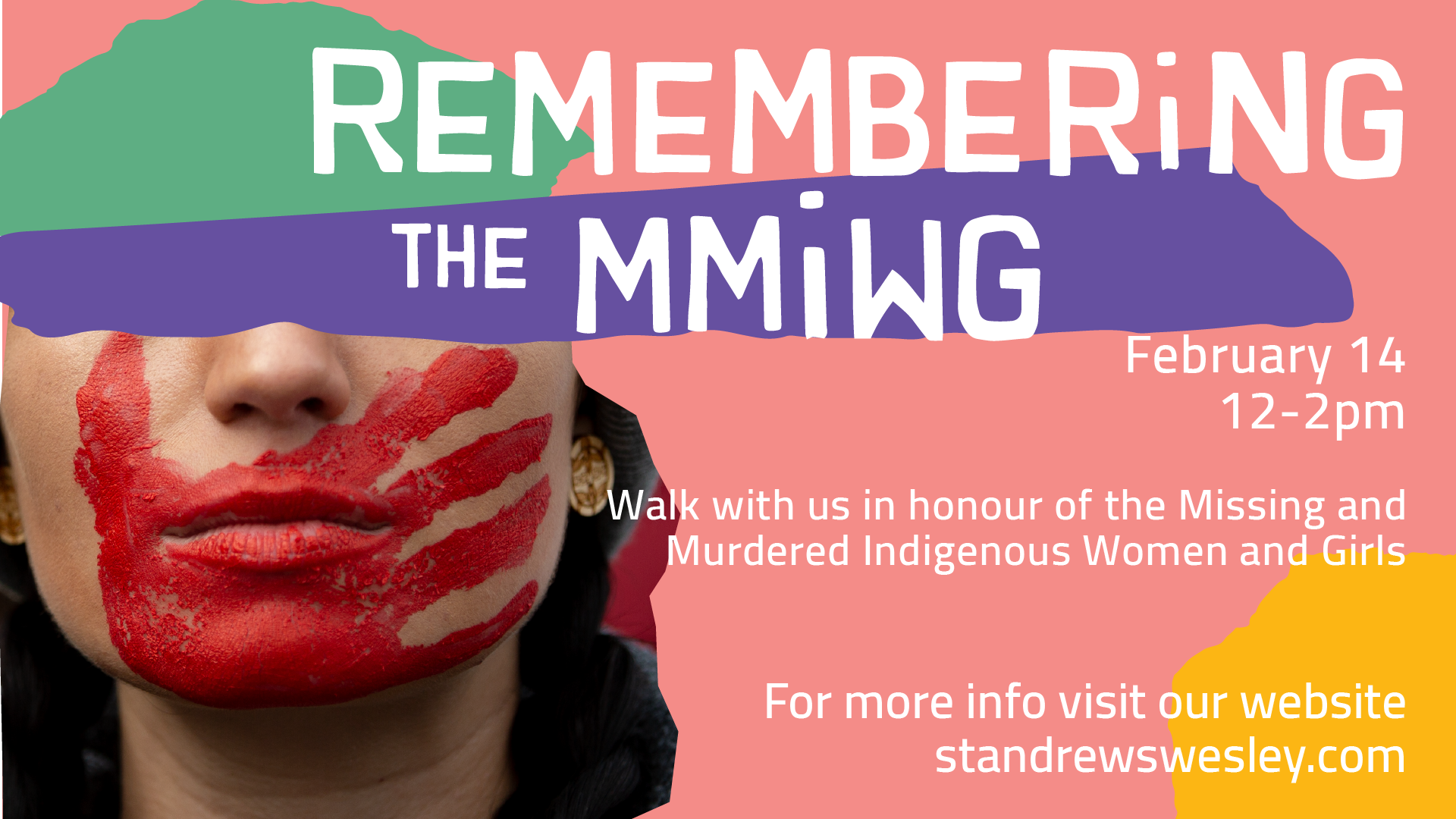 Remembering the Missing and Murdered Indigenous Women and Girls

On February 14th in the Downtown Eastside of Vancouver community gathers to remember and honour missing and murdered Indigenous women and girls. Started 30 years ago as a mother mourned her daughter who was murdered on Powell Street, the annual event winds through the neighbourhood stopping at places where women were last seen or found. The march is an opportunity to be a witness to ceremony and in remembrance alongside family members of those missing or murdered women.

Four thousand Indigenous women, girls and Two-Spirit people are missing or have been murdered in Canada in the last thirty years.

Our church family will join this event on our journey towards Reconciliation.

We invite you to:

1. DONATE: We hope to raise $1,000 to pay for the blankets given to grieving families at the opening ceremony of remembrance at the march.

3. ATTEND: Online or in-person with us on Monday, February 14th from noon to 2pm. We will follow the protocols in a good way by walking behind the women elders, families and drummers, following directions of the marshals, not taking photos of the ceremonies and not carrying any banners, only signs that honour women’s lives. We’ll join the gathering to march midday from Main & Hastings intersection, Unceded Coast Salish Territories. We are in conversation with organizers to be sure we do so in a good way.