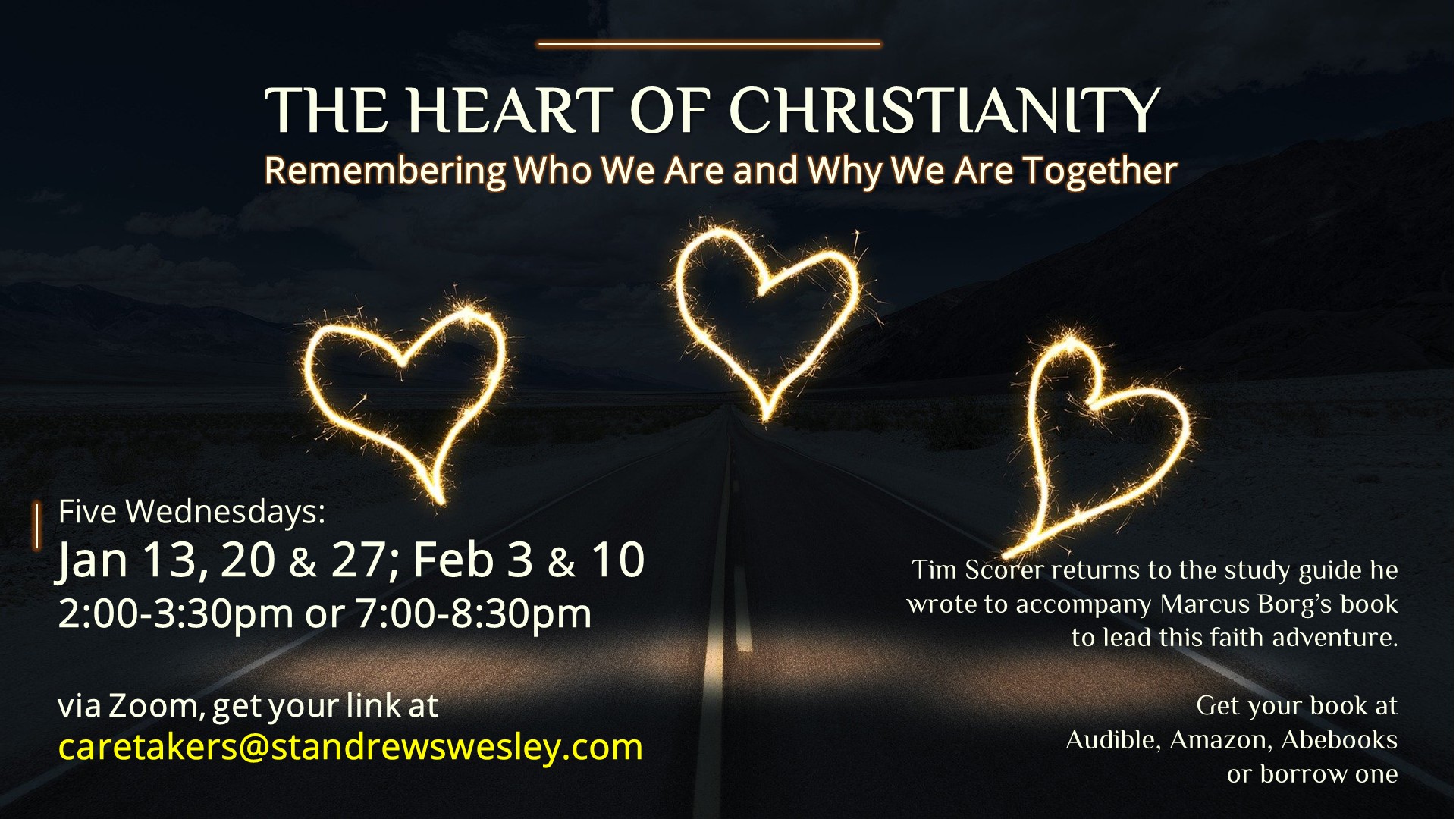 The Heart of Christianity Series

The Heart of Christianity: Remembering Who We Are and Why We Are Together

In these five sessions we will follow Borg’s teaching and focus on four aspects of the Christian tradition – Faith, The Bible, God, and Jesus – with two intentions: to see the distinction between earlier and emerging Christianity; and to come ever more clearly to know what is at the heart of Christianity for each one of us.

Tim Scorer returns to the study guide he wrote to accompany Marcus Borg’s book to lead this faith adventure. In this season of Epiphany, we will explore the first five chapters of Borg’s book, opening ourselves to the kind of discoveries and insights that good writing and experiential learning can offer in abundance. A similar study of the remaining seven chapters will be offered in April and May – The Season of Easter.

Options for acquiring a copy of ‘The Heart of Christianity’ by Marcus Borg: